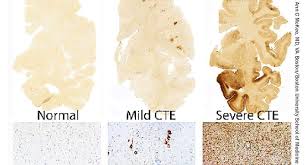 What is Post-Concussion Syndrome?

Post-Concussion Syndrome (PCS) is a condition in which concussion symptoms prevail and persist for months or years following a mild traumatic brain injury (mTBI) (Cognitivefx USA, 2020). Post-Concussion Syndrome is usually the result of an injury to the brain caused by a concussive event (i.e. a car accident, sports injury, fall) or whiplash/jolting of the brain.

When a person experiences an injury to the brain, the cells in the brain are deprived of oxygen interfering with their basic tasks such as signaling. That is why it hard to perform functions such as recalling words, learning new things, and remembering memories, because the cells lack the oxygen to complete the task. Our brain, being the incredible organ that it is, tries to compensate for this by creating alternative neural pathways in an attempt to pass information on or complete signaling. These pathways, however, are often not as efficient or effective as the original pathways, causing the brain to work less efficiently. The lack of efficient signaling still feeds the brain deoxygenated blood. This causes problems for the brain that may last months or even years (Cognitive FX USA, 2020).

Multiple concussions or head trauma, early symptoms of headache after injury, mental changes, being female, and being of older age are all risk factors of developing PCS (WebMD). Because of this, it is not fair to call it a syndrome, which denotes that it is not understood. We know what it is and where it stems from, so why are so many people still struggling with post-concussion symptoms (PCS)? It is simply because no two brain injuries are alike.

patterns, changes in mood, and so much more.

Other common symptoms are:

Oftentimes these symptoms last longer than the three month period that most medical professionals believe it takes to recover from a concussion. Because no concussion or brain injury is alike, symptoms specific to one person may deviate from the norm, making it harder to treat and therefore diagnose. In addition, these symptoms may have a compounding effect, in which they cause other symptoms i.e. sleep disturbances causing depression and/or anxiety. If you have long term persistent PCS, your brain cannot heal without first addressing the cause of the problem (i.e. the TBI) and not just managing the symptoms.

Diagnosis is difficult for PCS because symptoms can be vague, commonplace, or attributable to other reasons (WebMD). Signs such as loss of consciousness are often mistakenly related to PCS, when in fact over 90% of concussion of patients do not experience a loss of consciousness (Cognitivefx USA, 2020). As of right now, there is no one definitive test for PCS. Diagnosis is made on the basis of prior head injury, a physical exam, CT scan or MRI, or other causes such as infections or bleeding on the brain (WebMD). CT scans and MRIs are often used to identify or rule out structural abnormalities, but they cannot detect the presence of post-concussive injury to the brain.

Treatments for PCS include:

Most patients are just told to rest or given medications that just deal with symptoms instead of the underlying functional issue. It is important that post-concussive patients be given more options and ways to manage their condition without being reliant on medications that do not treat the condition in its entirety.

Locally owned, private multidisciplinary healthcare clinic. Our clinic first opened in 2013. Our philosophy has also been to provide the best care possible for each patient that walks through our doors. Furthermore, where all professionals can join as one to achieve the optimal goal of individualized patient centered care.