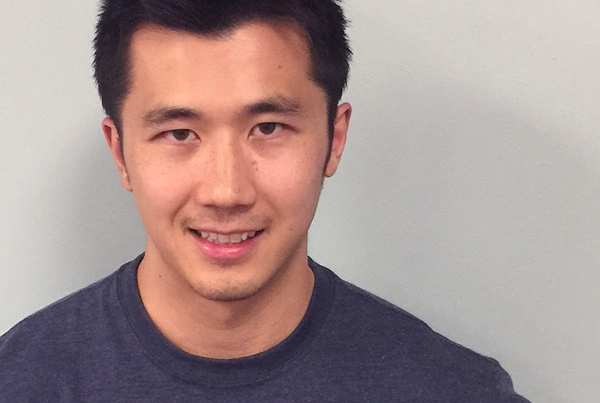 Running advice from a physiotherapist to help you hit your stride

Running advice from a physiotherapist to help you hit your stride

Chris Dahiroc can tell a lot about how you run from your shoes. The physiotherapist often plays detective when injured runners visit him. And shoes offer valuable clues.

The soles’ wear pattern reveal if your foot turns in (pronates) or out (supinates). “Shoes can tell us a lot about how you’re landing on your foot,” says Dahiroc. He works at the JointAction Physiotherapy and Wellness Centre in Whitby, Ontario. “It can be a big piece to the puzzle.” But only a piece. He also considers other factors such as what’s happening with your knees and hips. Plus, the strength along your legs and your running gait, meaning the way your body moves while you’re running.

If you’re interested in taking up running, you may be tempted to think there isn’t much involved. That you can just grab a pair of sneakers out of your closet, lace them up and go. While those who love the sport will tell you it’s rewarding to get into a stride, there are risks.

Injuries are a concern for all runners, but especially new runners and those training up to longer distances. Each running stride is a repetition. So you don’t have to run too far before you’ve made thousands of repetitions.

Injuries such as plantar fasciitis and runner’s knee, known technically as “patellofemoral pain syndrome,” are common for runners, Dahiroc says.

Others running injuries include:

New runners tend to be more susceptible to ligament and tendon problems, Dahiroc says. Experienced runners are more likely to suffer from muscular strain issues. But there are ways to lower your risk of injury. Here are five tips to keep you running.

How to avoid injury

Runners sometimes put less thought into their gear than those who do other activities. But Dahiroc says runners often come in with shoes that aren’t the right ones for them. Everybody’s feet are different, so ask your physiotherapist for recommendations. Or go a store like Toronto’s BlackToe Running, which has knowledgeable staff and technology. They can assess how your foot hits the ground and how your body weight transitions through your stride. Once you buy the right shoes, they recommend replacing them after about 500 kilometres.

Owning two different types of shoes can also reduce overuse injuries. Speed shoes are lighter and are better for shorter, faster runs. Mike Anderson, co-owner of BlackToe Running, says distance shoes, which offer more cushioning, are better for longer runs. And rather than costing you more, Anderson says, your shoes will last longer, saving you money.

Be sure to devote five to 10 minutes to these phases of your run. During your warm up, move your body to get your heart pumping. That will draw more blood into the muscles you’ll be using during your run. For the cool down, keep moving at a light walk to transition from running to rest gradually. You may also want to do some light stretching during this phase. This is especially important if you have tight muscles that are limiting your range of motion.

Rest is essential. For new runners, Dahiroc advises at least one rest day between training runs. But he says days off don’t mean doing nothing. You can still be active and productive. Do strengthening exercises for the muscles important for running (calves, quads, hips, gluts). And do mobility exercises and stretching for your feet, knees and hips. You won’t be running but you’ll be making yourself a better runner and reducing your chance of injury.

It’s easy to get caught up in the excitement of running. Anderson often sees people who’ve injured themselves because they were too enthusiastic. “Pretty consistently they are going out too fast, too often, too hard, too far,” he says.

There are no shortcuts to your goal. We condition our muscles and our bodies with the training and workload we’ve exposed them to. “To increase your speed or distance or time running, you have to put the work in,” says Dahiroc. “It sounds boring but we’re only as strong as we make ourselves.”

Being part of a running club can’t prevent an injury. But the BlackToe Run Club, for example, has trained, accredited coaches. They can help catch errors in your technique that may lead to injury. Training with a club or with friends will also increase the likelihood you’ll keep running.

When to see a physiotherapist for an injury

New runners may be tempted to shrug off pain. They may even take a no pain, no gain attitude. Sometimes rest will solve the problem. But if your pain is sudden or sharp, or if it doesn’t improve with rest or keeps coming back, something is probably wrong. A physiotherapist can identify the problem and help you return to your training. The earlier you address something, the easier it is to solve.

Working with your physiotherapist

Your physiotherapist will assign homework. Doing these exercises diligently can determine how well and how quickly you recover from an injury. The patient-physiotherapist relationship is a partnership where both parties have equal parts to do, says Dahiroc. “If one partner isn’t fulfilling their side then it’s not going to be a very fruitful relationship.”

Fortunately, most runners are good partners, since they usually have a goal or an upcoming race to keep them motivated.

Locally family owned, private multidisciplinary healthcare clinic. Our clinic first opened in 2013. Our philosophy has also been to provide the best care possible for each patient that walks through our doors. Furthermore, where all professionals can join as one to achieve the optimal goal of individualized patient centered care.